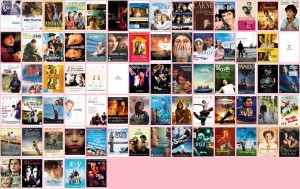 This is a collection of mainstream feature films about autism or featuring characters with an autism spectrum diagnosis. In some cases the audience has stated a belief that a character is autistic, even though this is not explicit in the film. A link to the Internet Movie Database and to a relevant Wikipedia article is provided for every film, and my own comments if I have seen it.

I am interested in films that portray autism in realistic ways, or at least in useful ways. Hollywood and Bollywood films play to exceptionalism and tragedy more than printed fiction, and a disabled hero overcoming tragedy has lead to several Oscar successes. As with films about other oppressed groups, it is common to use autism or an autism cocktail as a backdrop to a self-sacrificing saviour – an even surer route to Oscar success in creating a feel-good film that the oppressing majority can be comfortable with.

There are surprisingly few films aimed at children or young adults with autism. Many of the films here feature themes including drug use, mental illness and death (a recurring dramatic element), including the delightful clay animation “Mary & Max” (2009).

Where are the disabled actors?!

There are plenty of autistic people with something to say on screen, and plenty of established actors with an autism spectrum diagnosis. No matter how sensitive and realistic a portrayal is, actually autistic actors bring their own lived experience to the audience.

As with books, I have tried to provide the diagnosis or label that is used within the film. Labels are important shortcuts to recognizing group membership and role models, as well as recognizing political affiliations within disablement.

The diagnosis of actors is only given when the actor or film producers have publicly stated a diagnosis – I don’t think it is ever appropriate to guess diagnoses from a distance or intrude on personal privacy.

“Ben X” (2007) is a Dutch film dealing with bullying, with elements that might be useful in opening up group or individual discussion about an issue that many (if not most) autistic people have suffered from. “Change of Habit” (1969) is worth watching for a window into the mindset in which autism is the result of neglect and can be reversed through loving rescuers (Mary Tyler Moore and Elvis Presley). “Dear John” (2010) is an interesting study into the labelling and diagnosis of adults, and their reactions to the labels. “Dustbin Baby” (2008) is notable in having an autistic actor (Lizzie Clark) playing a girl (Poppy) with Asperger syndrome. “i am sam” (2001) has an unexpectedly sensitive performance from Sean Penn as a cognitively impaired adult man bringing up a girl, and his struggles with social and educational services’ beliefs that he is not an adequate father. “Mercury Rising” (1998) has a good depiction by Bruce Willis of an adult reacting instinctively and caringly towards an autistic boy, Simon Lynch (Miko Hughes). “Midwinter Night’s Dream” (2004) is notable for both an autistic actor (Jovana) playing a character with autism and for the use of autism at the individual level and as a metaphor for social breakdown. “Mozart and the Whale” (2005) is a love story between two autistic young adults. “The Story of Luke” (2012) thrusts a young autistic man from protected isolation within his grandparents care and into independence, in search of the mother who abandoned him and of romance. “Superbror” (2009) depicts the acute embarrassment of having an older brother impaired by autism, and how the two brothers come to understand and respect each other.

Realistic depiction of autism in film is rare, but there are many films which are enjoyable and contain scenes or elements that are accurate or meaningful. Some are a pleasure to watch, some are both positive depictions and distressing (* my wife laughs at my use of the term ‘uplifting’, which she claims I misuse) and some are good films to open a discussion.