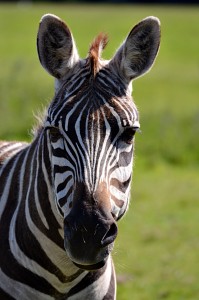 “I am incredibly disciplined in the diagnostic classifications in my research, but in my private practice, I’ll call a kid a zebra if it will get him the educational services I think he needs.” – Judy Rapoport, a senior child psychiatrist at the National Institutes of Health, in Slate magazine.

I often think about the language of disability, from three sometimes conflicting perspectives – fictional depictions that are positive, political advocacy about disability and individual access to services. Fiction works best for me when the characters are real, and when their impairment or disability is only described (if at all) in relation to events in the plot. Political advocacy is mostly about raising awareness and gaining group recognition, with a strong focus on group identity. Access to individual services is often dependent on ticking the label that matches a box on a bureaucrat’s form or a piece of antiquated legislation (even if it says ‘Zebra’).

Often ‘person’ is the simplest, clearest and most accurate word to use because the story around a person carries all the meaning. Sometimes an adjective (e.g. ‘mentally ill’) can add impact in the context of a story about disability, autism, Asperger syndrome, mental illness and age (these are all nouns, not adjectives, nor types of people). The way these words are used should depend on how the person wants to be placed within the story. Mostly, you should call people what they want to be called – you only have to ask.

For instance, in a particular circumstance, it would be appropriate to write:

“Stuart Neilson is an aspergic book-reader with a love of music“. 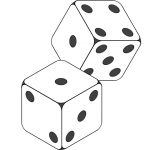 That same description may also be wholly inappropriate in every other circumstance, such as “the beautiful daughter of an autistic adult with a history of mental illness“ (try it – just click the dice to randomly pick one of several hundred variations).

(You might notice that people do not always like outsiders to use insider language – try playing Cards Against Humanity, “a party game for horrible people. Unlike most of the party games you’ve played before, Cards Against Humanity is as despicable and awkward as you and your friends.” A group of people might talk together about their own impairments and diagnoses in terms that are hilariously inappropriate outside the group.
An informative insider discussion on language (with adult language) is Ian Dury and others talking about the song “Spasticus Autisticus” (1981), in response to the International Year of Disabled Persons).

People suffer from bullying, exclusion, physical pain, spilt milk and many other things. Most people with Asperger syndrome do not suffer from Asperger syndrome – it does not directly cause me any suffering. Many newspaper reports use ‘suffering from’ or ‘sufferer’ inappropriately, as if suffering is an intrinsic characteristic of the person. Here are some amusing contradictions:

Think about what Disablement means

Disablement is the process by which society chooses structures and processes that systematically exclude and marginalise people who have physical, mental or emotional impairments. Not seeing or hearing clearly are impairments, not disabilities. Television that has no subtitles or noisy shops without induction loops are disabling. People with short- and long-sightedness were once disabled by the lack of employment and facilities until cheap eyeglasses became available. Few people who wear glasses or contact lenses now would claim to be disabled, but they are just as impaired as they would have been in the nineteenth century.

Disabled or with a disability?

Nobody is intrinsically disabled (to echo the former Pope’s wording), they are only disabled by the context. It is not appropriate to describe people as ‘disabled’ except when it recognizes that they have been disabled (in particular circumstances) by the choices society has made. People are disabled by uneven paving, lack of ramps, noisy public spaces, unclear signage, lack of suitable employment and other aspects of the social and physical environment. People with autism are disabled by lack of accommodation in education and work, and by poor public understanding of sensory and communication issues. Many people with impairments are not disabled for most of the time, and in most places.

It does make a lot of political sense to say someone is disabled in a specific context and to explicitly recognize disabling societal choices. It identifies changes that can be made to accommodate the impairments that give rise to the disability. Disability can be fixed.

Autistic or with autism?

If someone is talking about their autism, advocating for autistic people or involved in a story in which autism plays a significant role, then autism becomes (in that context) a part of the person’s identity. Different people take very different views on Person-First Language (PFL: “man with autism”) or Identity-First Language (IFL or IDFL: “autistic man”), and sometimes take different positions at different times.

There are many reasons to write ‘autistic person’, eloquently voiced by Jim Sinclair in “Why I dislike ‘person first’ language” and Lydia Brown at the Autistic Self Advocacy Network (ASAN). Arguments for and against appear at The Academic Autistic Spectrum Partnership In Research and Education (AASPIRE).

The correct choice is the wording that people want used about themselves.

There really should be better ways to talk about people and their needs, probably along functional dimensions such as verbal ability, social communication, independent living skills and decision-making capacity. These also do not map onto Asperger syndrome – some people with Asperger syndrome have more limited social skills or decision-making capacity than some people who were diagnosed with autism in childhood.

(There is an element of chameleon syndrome with Asperger’s name – the correct pronunciation of his Austrian name is with a hard ‘G’, but I repeat a soft ‘G’ in places where most people pronounce it that way).

Never say “the disabled” or “the autistics”

Not only does this mislay the noun (person? man? woman? child?), but also mislays the humanity of the people being talked about.

Asperger syndrome is named in honour of Hans Asperger and is not his property, so there is no possesive apostrophe. The word syndrome is not part of a proper noun, so it is not capitalised. This should have been settled decades ago, e.g. “The possessive use of an eponym should be discontinued, since the author neither had nor owned the disorder” – “Classification and nomenclature of morphological defects”. Lancet 1974, i:798.

The world is slowly catching up and the correct “Asperger syndrome” is used 4.2 million times, the incorrect “Asperger’s syndrome” 2.16 million and the (very) incorrect “Aspergers syndrome” just 0.44 million times. (Incorrect grammar affects the completeness of academic research, discussed by Narayan Jana, Sukumar Barik and Nalini Arora (2009) “Current use of medical eponyms – a need for global uniformity in scientific publications”, BMC Medical Research Methodology 2009, 9:18 and has been recommeneded by “Current Medical Information and Terminology” since 1971).

Clark and Marsh describe the origins and pitfalls of a range of disability terminology. Kenny et al surveyed how different segments of the autism community endorse autism terminology in a publication earlier this year. Grinker and Mandell describe reactions to the puzzle-piece logo used by many autism organisations currently or at some point in the past.

1 thought on “What to call a (disabled) body”