I have written before about the major topics that appear in newspaper articles that are “about autism”*, with their bias towards articles that mention boys, children, mothering and negative words. Autism is more often written about as a disorder, of a child, in the context of a parent (usually the mother) and as a sufferer, victim or burden. In this post I am looking at how newspapers write about autism itself, the choice of wording and phrasing that surround the words ‘autism’, ‘autistic’ or ‘Asperger’. Trying to visualise the use of words, in large volumes of text, is a very exciting topic and the results here are well worth studying in detail.

My own position on the use of words is to try to accurately reflect the terms that people choose themselves, or in the sources that I am referencing. The images here are convincing evidence that some word choices have a significant effect on positive reporting. In particular, the (identity-first language) adjective ‘autistic’ favours thoughts about personhood and the (person-first language) noun ‘autism’ is associated with negative, dehumanised phrasing. This is consistent with the findings of the survey “Which terms should be used to describe autism? Perspectives from the UK autism community”.

There are some technical notes at the end for anyone interested in the computer methods used to produce the images.

END_OF_DOCUMENT_TOKEN_TO_BE_REPLACED 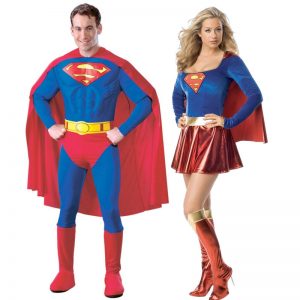 Media headlines on stories describing an early childhood intervention connected better outcomes with better parenting and, by implication, poorer outcomes with worse parenting. The boldest headlines reanimated the still-warm corpse of the “Refrigerator Parent” school of autism blame, with vocal supporters filling the comment sections. It has to be stressed that the headlines were crass and insensitive, but the content of the articles was not all bad. The original research is interesting and makes no judgement of parenting qualities, or bad parenting as a cause of autism, or psychotherapy as a cure for autistic children or their parents.

Headlines ranged from the sober “Study offers potential breakthrough in care of children with autism” (the Guardian) to strongly implied blame and cure: “‘Super-parenting’ improves children’s autism” (BBC), “‘Super-parenting’ is the first therapy ‘that actually helps BEAT autism’” (Sun) and “First, treat the parents” (Economist). Any anger should be turned towards the thoughtless headline writers because the therapy describes an intervention (PACT) that examines parent-child interaction to help parents detect and reciprocate attempts at interaction by autistic children. These interactions may be subtle, non-obvious and unconventional.

I happened to be reading “In the Absence of Light” by Adrienne Wilder (2015) at the time, in which the character Grant expresses a neat summary of my own response, “love has nothing to do with it. If it did, every autistic child on this planet would excel. The truth is, most don’t.”

It is really worth reading the (open) paper, Pickles et al (2016) “Parent-mediated social communication therapy for young children with autism (PACT): long-term follow-up of a randomised controlled trial”. A comprehensive description of the PACT intervention in the Supplementary Material of Green et al (2010) Parent-mediated communication-focused treatment in children with autism (PACT): a randomised controlled trial, which is also open. Michelle Dawson (2010) wrote that “The PACT entails an early autism intervention that was not widely promoted as effective or essential before it was fairly tested. That is a first in the history of autism research. It may also be the largest RCT of any kind of autism intervention ever published” http://autismcrisis.blogspot.ie/2010/08/making-autism-research-history.html. The field of early intervention is littered with hundreds of poorly conducted studies with unclear outcome measures, small sample sizes and unstandardised methods — the Cochrane Library identifies only 5 early intensive behavioural intervention (EIBI) publications to be ‘adequate’. The PACT authors describe their intervention as ‘parent-led’, but it might even be considered ‘child-led’ in that the parents are guided to respond to the child’s interactions, whatever they are.

Having read the intervention design, it is worth revisiting the excellent BBC documentary “Autism: Challenging Behaviour” (currently accessible on Vimeo) to observe how the ABA therapists filmed responded to (or rejected) interaction initiated by autistic children. One of the most moving moments is about ten minutes in, when Tobias places his forehead on the therapist’s knee and is forcibly sat upright to resume his clapping-response regime. The failure to recognise and respond to Tobias’ interaction is stark.

You could just stop reading here and go to the delightful therapy guide by Florica Stone (2003) “Autism — The Eighth Colour of the Rainbow: Learn to Speak Autistic” https://www.amazon.com/Autism-Eighth-Colour-Rainbow-Autistic/dp/1843101823. I did have to mentally edit out all references to ‘love’, but found the responsiveness of her methods to the child very positively written. If you want to read further, there is some history of parent blame in the autism industries.

END_OF_DOCUMENT_TOKEN_TO_BE_REPLACED

News media both reflect and shape perceptions about autism. As an overview of the portrayal of autism in the news, I have searched for articles about autism and provide a downloadable data file of the references with some categories that also appear in the article. Any feedback on making the file useful to other people would be most welcome. Please note that the text of the articles is not included.

END_OF_DOCUMENT_TOKEN_TO_BE_REPLACED 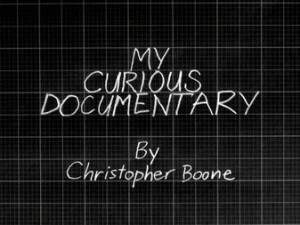