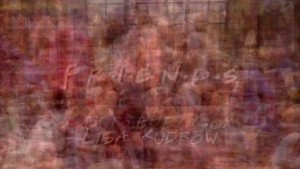 I was recently accused by my psychiatrist of having “sensitive hearing” (I don’t, I have reasonable hearing for a middle-aged man who never liked loud music), but I find it hard to focus and to filter out extraneous noise.

Attention deficits and sensory sensitivity make it difficult to focus on important social speech (the friend, teacher or parent) when every other conversation is equally loud in your head. Many people who try to make an audio recording or video recording rapidly discover that the microphone (just like our ears) picks up everything. It is the brain combining sight and direction information that filters this overwhelming sensory input and focuses attention onto what matters in the moment. You can record a conversation with a friend using the voice recorder app on your mobile phone in a place like a café, and then listen back – your conversation will probably be completely smothered by conversations at neighbouring tables, which your conscious brain never noticed at the time.

This video attempts to provide an experience of sensory overload, as a talking point. I took a clear copy of episode 17 of season 2 of the TV series “Friends” and combined it with a video of every episode in season 2 – this video “Friends – We Used to be Friends – Friends” starts with episode 17 playing clearly, then blends it into all 24 episodes playing at once, and then blends back into episode 17 playing clearly. The sensory overload takes hold, and then recedes.

The video exhibit “We Used to be Friends” is the work of Benjamin Roberts, who created a merged video of all 24 episodes in season 2 playing simultaneously. This “Dadaist nightmare” (The Independent) is an experience in which there are familiar sights and sounds – the characters faces and voices, and the episode titles – but they appear and disappear, smothered in a huge morass of familiar sight and sound.

A little note: Why episode 17 of season 2? This episode is “The One Where Eddie Moves In”, in which Phoebe (Lisa Kudrow) gets a professional recording contract for the song “Smelly Cat”. The song first featured in a conversation in episode 6 and then reappeared (in a cat litter commercial) in episode 14. The song was revived in episode 13 of season 5 and episode 7 of season 9. Most recently, Lisa Kudrow appeared on stage at the Staples Center in Los Angeles on 26 August 2015 and played “Smelly Cat” in front of a live audience with Taylor Swift.

The experience of sensory overload is variable, and other examples include: